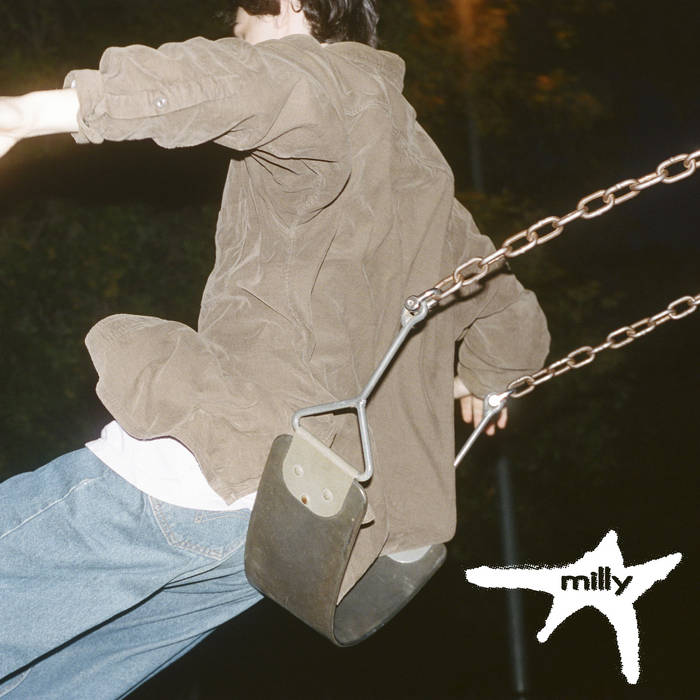 “Talking Secret,” Milly’s A­-side single for Dangerbird Records’ Microdose monthly music series, finds the band in peak form. A lurching drum beat sets the song into motion as Dyer’s voice rides along a tidal wave of fuzzed­ out guitars, gently uttering “With one look, I’ll fall apart. I’ll take the hook out of the shark.” Across its duration “Talking Secret” vacillates between torrential downpour and ominously restrained dirge, reminiscent of both the dense guitar landslides of classic Smashing Pumpkins and the creaking tension of Codeine.